Having done the embroidery for all five sides of my five-sided box, I now needed to assemble them all into something approximating the box I’d seen online which gave me the original idea for this piece.

First, I cut thin card templates for the sides, and two pentagons (one for the top and one for the base).

Then I made a kind of patchwork template – a card template with an aperture the size of the actual finished side that I wanted, and the outside of the card shape being the size I would cut the fabric to, to allow a seam allowance to fold over the other, actual size, card piece. Are you still with me? It’s easier to do than to describe! The aperture made it easy for me to centre the embroidery on the panel. 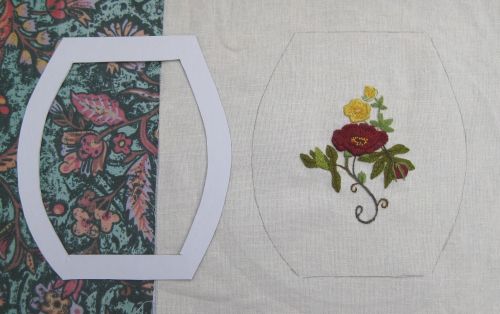 This is the Peony and Buttercup embroidered side, cut to size. 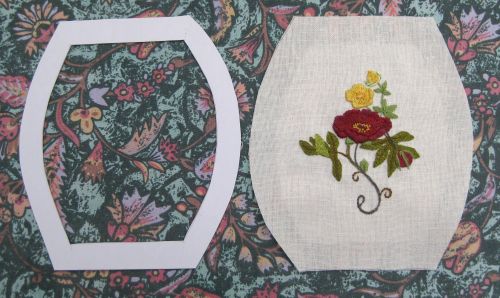 On the reverse, I trimmed the muslin I had used to strengthen the embroidery fabric, so that it was a touch smaller than the card panel that I was going to use, to cut down on bulk.

I used the same templates to make an identically sized lining piece, using a lovely cotton print that I’d bought on Ebay, in a bundle of fabrics with yellow tones, suitable for patchwork. Using PVA glue, I stuck the fabrics to each card shape, only putting glue around the very edges of the card panels, and folding over the seam allowances onto the glue.

I slip-stitched a lining piece to an embroidered piece, for all five sides, then with two embroidered pieces held together, lining sides facing, I laced the two together. Having done this one here, I realised I had laced them a bit too tightly, as I couldn’t open them out further than this, so I had to start again!!

When four of the five curved sides had been slip-stitched, the piece looked like this (late at night, as you can see from the terrible quality of the photo). 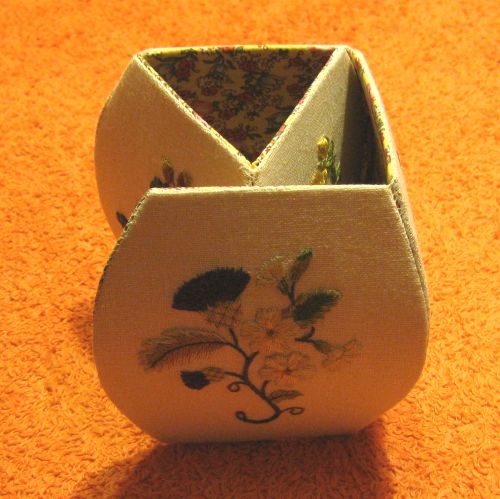 It was easier to slip-stitch the five panels to the pentagonal base while the piece wasn’t stitched into a round – I stitched the final curved side last.

At this point, I am quite pleased with how it’s turning out. Looks nice, doesn’t it?

This final side of my five-sided box features a deep red peony flower, and some yellow buttercups – the motif is from the book ‘Flowers for Elizabeth’, by Susan O’Connor.

The long and short stitch filling was quite time-consuming to do – several areas needed padding with stitches first – but I was very pleased with the way it turned out. 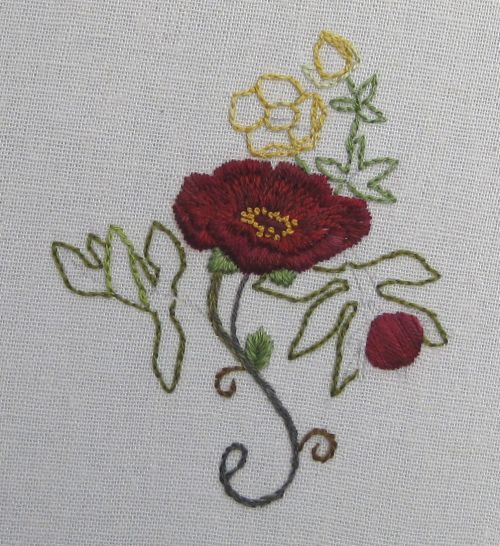 The very edges of some of the petals have two layers of stitched padding underneath them, so they look more 3D than the rest of the flower. 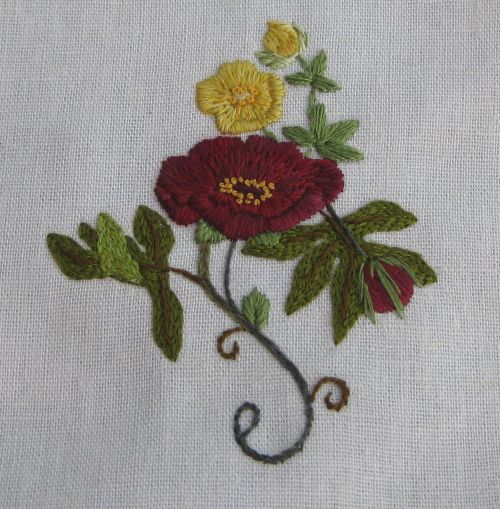 I want to make the Lavender and Lace ‘Celtic Summer’ cross stitch picture soon – partly because it’s very pretty, and also because I’m making the whole set of four seasons, plus the Christmas one (eventually).

However, I have a problem.

Everyone who wants to stitch this design has a problem.

That’s because when the designer, Marilyn Leavitt Imblum, was designing it, she couldn’t find the exact shade of grey-green thread that she wanted for the dress, so she had some manufactured, and sold the skeins under the name ‘Needlepaints’. All good so far. But now these threads aren’t available (well, the lilac and purple shades in the range still are, apparently, but not these ones, which are known as the ‘Robin’s Egg’ shades. And Celtic Summer uses all six of the Robin’s Egg shades. So, just substitute colours from other manufacturers’ ranges, right? Well, no, not really. I have looked everywhere for decent substitutions, but I have found that it’s very difficult to find (a) good images online to compare substitutions with the originals, (b) anyone who’s actually got the whole range of the substituted thread to sell to me, and (c) substitutions that actually work.

By the way, it doesn’t help that the chart pack image is not one of a stitched model – it’s a computer generated chart without the grid lines, so the colours have all come out looking ‘hot’, and not realistic at all. 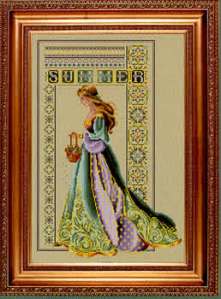 I did manage to find several places online which gave really helpful advice, though.

On Julies’ X Stitch, she has a very helpful chart in colour, showing how a slightly different selection of DMC threads would look, compared to the original Needlepaints:

On the Needle In A Haystack website, there is an image with the Robin’s Egg Needlepoints shown in colour, with Finca brand substitution numbers listed:

At first, I thought I’d use the Finca threads, but after buying them, I felt they looked too drab with the other threads for this design. I also thought they didn’t really go well with the purple shades of Needlepaints threads (which I *HAD* managed to buy online).

I then bought the DMC threads as suggested by Julie’s Cross Stitch, but again, I thought these were too drab. So, I got my own DMC thread shade card out, and started from scratch. I decided to use these shades: 3811, 598, 597, 3810, 3809, 3808. These are shown below, along with the Finca shades I bought first, for comparison on the right. The purple Needlepaints threads are along the top.

My selection on the left is much more tealy than the suggestions given when people are trying to make a close match with the Needlepaints, but I’d seen this alternative colourway below, and although there were no thread lists given with it, I loved the sharper contrast between the purples and the teals.

I saw another version, on a green fabric, and loved that, too: 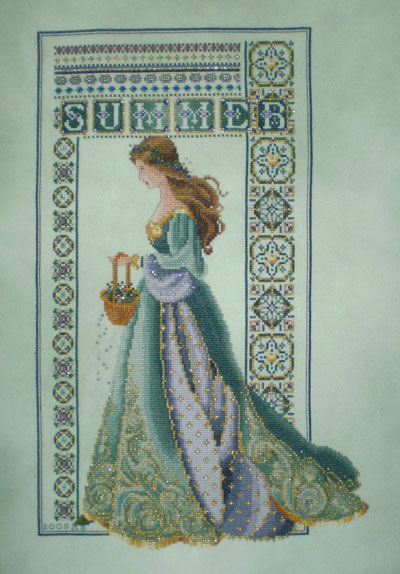 So, with the threads decided on, I now had to choose the fabric. Another problem  – I couldn’t use the fabric suggested on the chart pack, as that needed the original grey-toned threads for it to work, so I had to make my own choice. I decided to lay out the threads on various pieces of 28 count evenweave linen that I had in my stash, to see what worked. First up, Zweigart Platinum – a ‘safe’ choice, but a bit dull.

Next up is Cashel linen in ‘Natural’. This is what I am going to stitch Celtic Christmas on. Again, it’s OK, but a bit dull for this colourway. I think it would do if I had nothing else to use.

I had bought this ‘Silversage’ 28 count hand dyed linen from Polstitches when I’d thought I would be able to buy the proper Robin’s Egg Needlepaints from somewhere, but it’s far too greeny-yellow to use with my DMC teal substitutions, although it’s nice fabric for a different project!

This is what I’ve decided to use in the end – it’s ‘Jacaranda Haze’ – a hand dyed fabric from Stitches & Spice, in Australia. Yes, that’s right – to get the right fabric for the project, I had to buy it from the other side of the world! But it is really beautiful – a lilacy-grey, with very subtle mottling. The teals look fantastic on it (the photo doesn’t really do it justice). The only thing I might still have to change is one of the colours of beads – the light green ones, second from the top in the photo below – for something more tealy.

So, that was easy, wasn’t it?! No!!! But it’s important to get the fabric and thread choice right for a project like this, as it’s going to take about 90 hours to stitch it, I reckon. At least I’m ready to begin stitching now.

I was looking forward to stitching this panel the most, out of all the motifs in the Flowers for Elizabeth book by Susan O’Connor, which I’m using as a basis for the motifs for this five-sided box.  I love stitching peas – almost as much as I like stitching strawberries!

This is the panel, after outlining the main areas:

The pea pods are padded with long satin stitches worked vertically, before the top layer of satin stitches are worked horizontally. The centre pea pod has ‘peas’ stitched on the pea area, which are supposed to give the impression of ‘pea bumps’ in the pods when they are finished, but I don’t think I padded mine enough, so they hardly show. 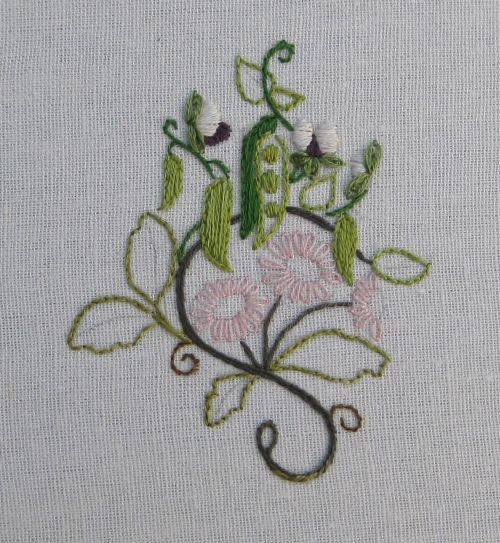 The daisies, however, came out really well. I first worked one complete round of lazy daisy stitches, using one strand of Anchor in pale pink. Then I did two more rounds, using off-white thread, so that the effect was one of white petals with just a hint of pink on them. The centres of the daisies are French knots in a sunny yellow.  Perfect!

I used a slightly variegated pink  silk thread for the daisy petals, for interest.

From this angle, you can see the padded pea pods, leaves, and layers of daisy petals. 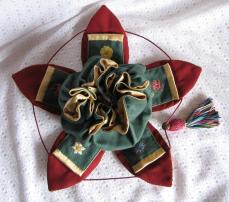 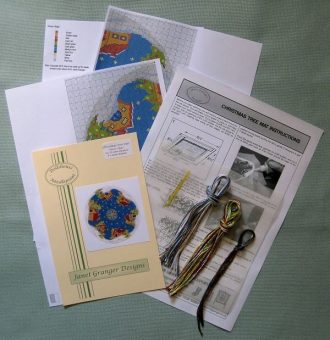 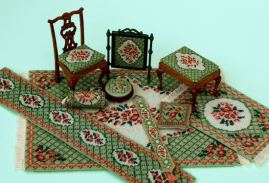 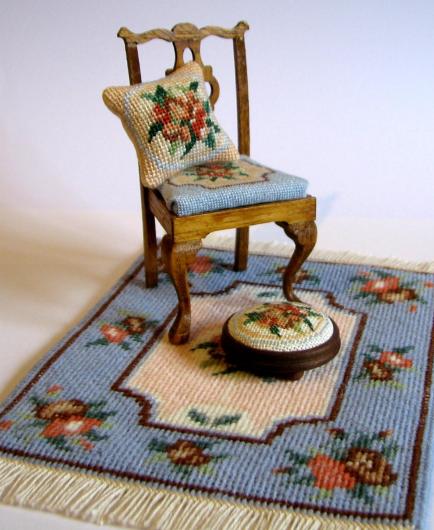 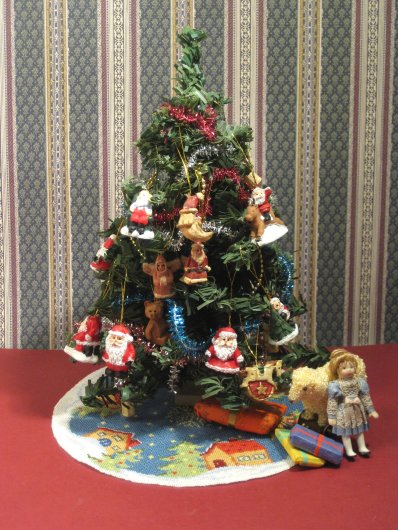 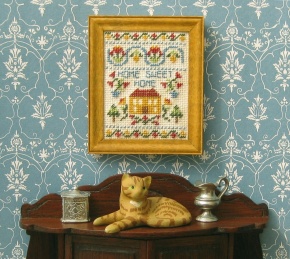 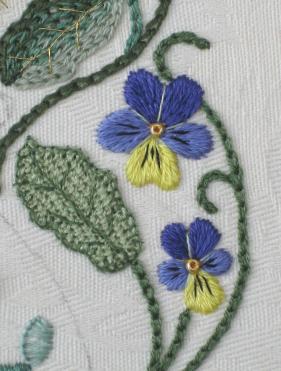 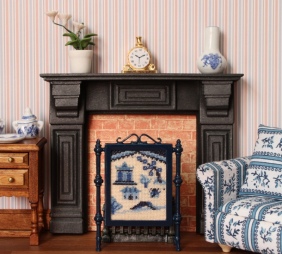 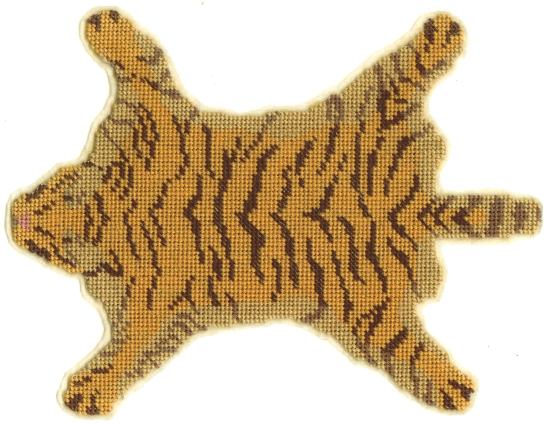 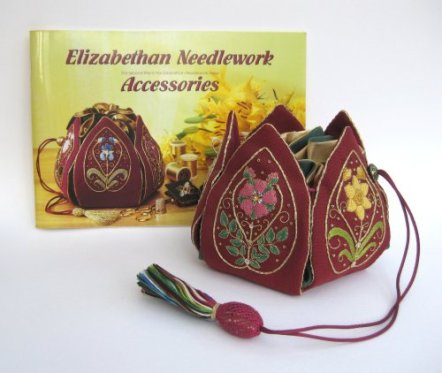 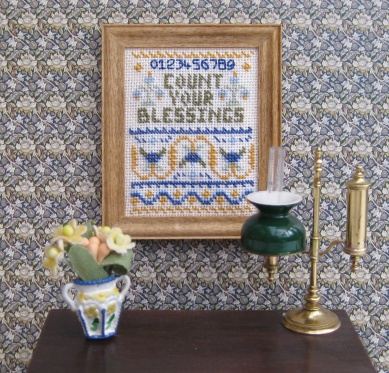 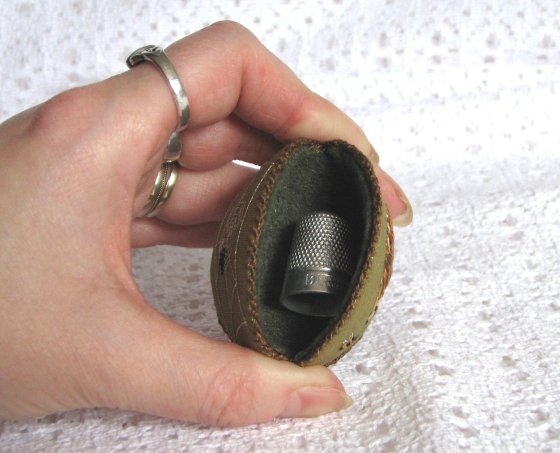 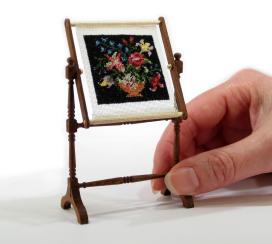 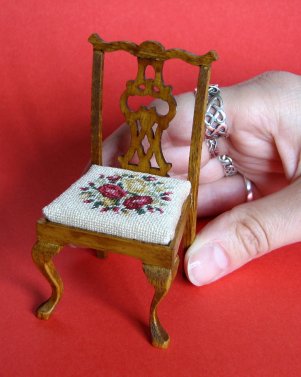 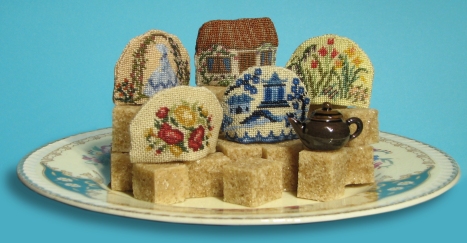 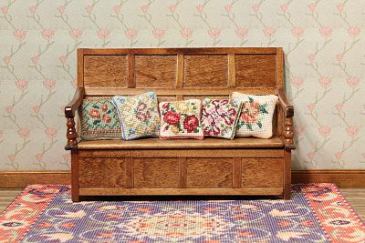 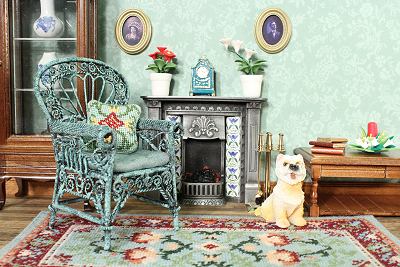